As I practice living my life with an awareness of how the Law of Attraction supports me, I have discovered that I am able to apply this to a deeper level. I am at a point that, for many people, is a little too far to leap – which is “there are no victims”. This statement is a conclusion that is reached when we realize that we create EVERYTHING in our experience, whether it is conscious or not. I have had conversations with friends who like the idea of the Law of Attraction as a tool to manifest the things they want in their life, but when I start to apply it to everything in my life – as a law of physics, it creates some conflicting viewpoints between us.

My own (now very amusing) example is a little ‘drama’ I experienced around my cell phone. I will entertain you with this story as I am sure many can relate!

A couple of months ago, I decided it was time to upgrade my phone so I would have one with multiple bandwidths to use while I was in Europe in April. I found the perfect phone, with all the features I needed and I could get it at no charge as long as I extended my contract for 2 years. Perfect! So I ordered the phone, left for 3 weeks to teach on the mainland, and when I got home, I was surprised to find that my new phone had not arrived. I called my phone company, and was informed that it had been shipped, but returned because no one was available to sign for the package. Well, that stirred up a reaction from me, as my mailing address is a mail service that has someone there to receive packages 6 days a week, 10 hours a day.

On my next phone call to customer service, It was clarified that the reason the phone had been returned was due to an incomplete address – in other words, the phone company’s error. I asked if they could expedite the phone to me as I was leaving for Europe in 10 days, and needed it before I left. I was informed that the phone was out of stock. It was suggested that I go and get a phone from one of their local stores and the customer service agent would put a note in my record. I went to a store, spoke to the manager and he told me it was impossible for them to give me a phone. Firstly, because the phones come out of completely different inventories (as if I really cared about that!) and secondly, they hadn’t carried that phone for months!
On to the next call to a supervisor in customer service: I explained the whole saga I had gone through, was told that they no longer had the phone I wanted and I would have to select a different phone. I was quite irritated as I felt it was THEIR fault that I didn’t have the perfect phone for me. I went online to find a comparable phone, pouting all the way, because the original phone I wanted was perfect and I didn’t like the other phones as much. Then I discovered that if I was a NEW customer signing up with the company, I could get the exact phone I wanted! I was back speaking to a supervisor who told me in 12 different ways that they did not have access to that inventory and I would have to find a different phone!

Now I was really angry. I said, “You are telling me that the only way I can get the phone I want is to cancel my service with you, go somewhere else and then come back!” The supervisor, irritated with me, snippily tells me that she can offer me phone D or E at no charge, and if I want a phone with all of the comparable features of the phone that was originally promised to me, I could order phone F for a charge of $39.95. By this time, I was not angry, I was furious! I hung up on her. I decided I will never do business with this company again and I spent over an hour searching on the internet on all the competitor’s sites, looking for the phone I wanted and a plan that would work for me.

Amid the waves of anger, I finally recognized that as long as I focused on all my anger and resentment, the Law of Attraction was not going to be able to bring me what I wanted. Hmmm, could I do things differently? I was too immersed in my anger to let it go, so I decided to put it aside for the day and get a Reiki treatment from a friend. I really needed one!
As I was enjoying my Reiki treatment I began to let go of feeling ‘victimized’ by the phone company, and I was able to be a little more objective. I asked myself, “What did I really want?” The most important thing was to get a new phone within the week that would work in Europe. Also, even though the idea of revenge – switching companies – felt appealing, I realized that none of the other companies had quite what I wanted, there was a fee to get started with any new program that would work for me, and I could run into other glitches if I changed my service. So, I concluded that the best option for me was to simply pay the $39.95 and get a phone that would meet my needs. BUT, I wouldn’t let go of the righteous anger that I shouldn’t have to be paying anything – it wasn’t my fault!

It took me a while longer (the Reiki treatment was finished) before I was finally able to get to what I call an ‘aligned’ perspective. I realized that I DO believe that there are no victims, so all the anger I was feeling was based on erroneous thinking on my part. It finally came together for me and I felt a huge sense of relief and peace within. I changed my perspective from looking at the situation on the level of everybody’s ‘actions’ to seeing it from the level of ‘vibration.’ As long as I viewed my reality simply from a place of behavior, the phone company was wrong and I was the ‘innocent victim’ of the ‘big bad bureaucracy.’ From a vibratory perspective, I saw that I was the one who ATTRACTED the experience, based upon the subtle vibrations my thoughts were generating. This is where ‘the rubber hits the road’ in applying the Law of Attraction to our lives. I had to own the fact that EVERYTHING in my experience is a reflection of my vibration. I couldn’t identify exactly what thoughts I had that generated my little drama, but I saw some possibilities: perhaps having an expectation that things might not go smoothly in getting my phone, perhaps I hadn’t trusted the phone company to follow through, perhaps I thought it was ‘too good to be true’ that I found the perfect phone for me – at no charge; perhaps I was irritated with someone else’s behavior or ??

What I DID see was that I was the one who ‘created’ this situation, and so I no longer felt like a victim! I no longer felt resistance to the idea of spending $40 to get the phone that I wanted and best of all, I understood that I don’t have to live with the fear that things could unexpectedly go wrong in my life and that I wouldn’t have any control over them! I knew that I could pause any time things didn’t feel right, and do a variety of things (such as a Reiki treatment!) to shift out of the vibration that was attracting my problems.
To finish my story, the next day I called customer service again, and told them which phone I would like and to charge me for it. The agent asked me to hold and a few minutes later a supervisor came on the line, apologizing for all of the problems I had experienced. She told me she was shipping the phone to me with overnight shipping and that she was issuing a credit for the cost of the phone and the shipping as well! It was a beautiful example of what happens when I shift my vibration around something.

I realize that the idea that there are never any victims is hard for many people to accept. Once we have repeated experiences that prove to ourselves that we can change how we are thinking and feeling about a subject – things miraculously shift, and it becomes easier to embrace. – What about innocent children? The victims of rape? The victims of 9/11? Abraham (of Abraham-Hicks) has addressed this question many times. I don’t have space to address the issue this deeply here, but I have come to a viewpoint that even if I don’t understand how we create the vibration of an experience, I do know that we have the power and ability to change that vibration and create a much better experience in any situation – once we let go of the ‘victim mentality.’

For additional information on the Law of Attraction, go to www.Abraham-Hicks.com 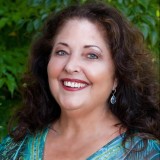